"God has raised this same Jesus back to life. We are all witnesses of this." (Acts 2:32)
Christianity is strongly advancing in Thailand. The Gospel message cannot be held back anymore in that nation ... as much as in other nations, too. Revival is in the air. We are so privileged to be part of what God is doing throughout the nations of this world ... 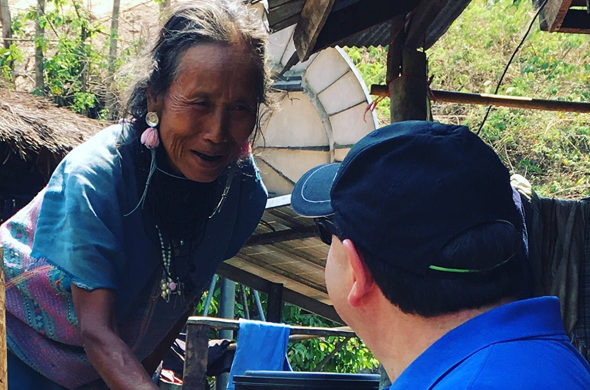 About a week ago, Walter has come back from Thailand. Upon arrival in Bangkok, he proceeded immediately to Chiang Mai, and from there he travelled further north into the jungle of Thailand to the Karen tribe – an aboriginal people. At the end of the 80s, we visited the Karen tribe and the “Golden Triangle” – the region where the borders of Laos, Myanmar and Thailand merge – for the very first time. Back then, there were hardly any Christians and almost no Spirit-filled life in this region. This has changed radically in the past years.
Today, whole villages believe in Jesus Christ. Their faith is making a positive impact on people’s conditions. The Holy Spirit moves in power and works sustaining change. Walter was invited to minister to churches and he was the main speaker in a youth event. The young people were very hungry for the Gospel and eagerly responding to the altar calls in order to give their lives to Jesus and to receive the Holy Spirit and his power. There was a divine atmosphere hovering all over the camp.

The following week, Walter travelled with the HELP team to the south of Thailand – to Pattaya. They did prayer walks throughout the city and prayed in the ‘Upper Room’ on the YWAM base. Furthermore, it was an honour for Walter to minister to a newly founded church in Pattaya. This meeting took place in rented rooms of a hotel and again God confirmed his word as the Bible states it. Between prayer walks and church meetings, Walter went to Bangkok for a short visit to minister to the full-time workers of UCC one afternoon and he spoke in a prayer meeting. 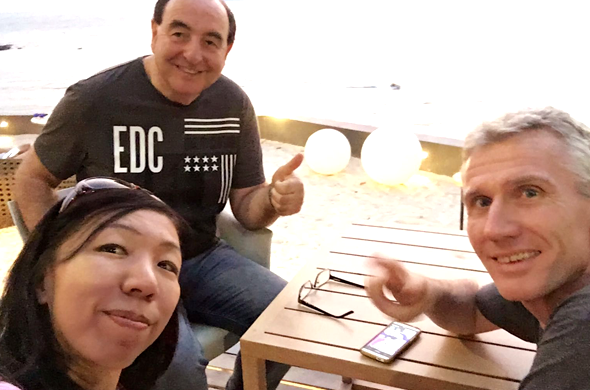 We specially want to say thank-you to Rolf & Trujit Niederer – the leaders of HELP International in Thailand. They accompanied Walter throughout this trip. Without them he couldn’t have done what he did. This couple is just awesome. Also, we want to say thank-you to Apostle Sidney who inivited Walter to minister to the Karen tribe, and to all the leaders and pastors in Thailand for embracing our ministry and for all their friendship. They are doing an awesome job that goes beyond what we are able to express in words, and God is about to do powerful and mighty things in Thailand.
Thank-you to all readers of our newsletter as well as to all prayers and supporters who are faithfully standing with us. It is a privilege to live in these days, thus experiencing God making history with the peoples and nations of this world. We are his witnesses! Is there anything more beautiful?

View the embedded image gallery online at:
https://www.fcjg.de/en/horizon-blog/357-revival-wind-in-thailand#sigProIdd1813e51d1
Go To Top
To increase the comfort using our Website we are using Cookies.
read more