Summer in Mongolia also means outreaches and summer camps. We did both and the Holy Spirit moved in different ways.


Bayan Ulgii - going from A to B

Our team from Bayan Ulgii spent a month in Altai. They filled the village close to the Chinese border with worship and prayer and asked the Holy Spirit what he had prepared for them. Sometimes they were amazed at the answers they received: Someone saw a certain ger (yurt) in front of him, someone else knew that two persons would turn to Jesus soon, whose names would begin with “A” and “B”. They found the ger the Holy Spirit had shown them, and when they visited this family they met a woman named “A”riuna who listened to the gospel with an open heart and received Jesus as her saviour. The next day, when our team went to the hospital, they met an elderly lady whom they prayed for. She also accepted Jesus – her name began with “B”! 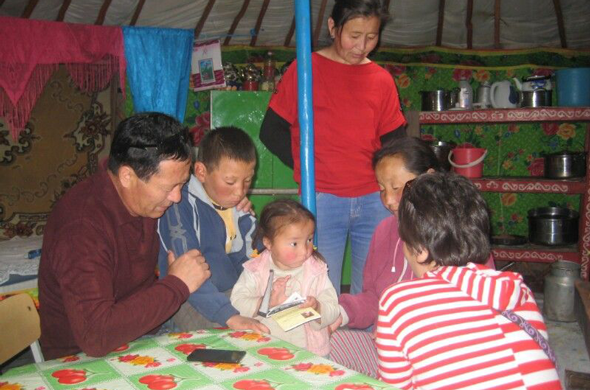 In Henti we hosted a discipleship training for teenagers. Every day they went on outreach and worshipped Jesus in the streets and on mountains. They received many words of knowledge and saw sick people being healed. Before they drove to another village for a few days the Holy Spirit gave them a word that they would meet a person with pain in her foot because of a ganglion. Guess what ... they really met a woman with this handicap, prayed for her and she was healed! At the local hospital they could pray for patients. And again, sick people were healed and found Jesus. 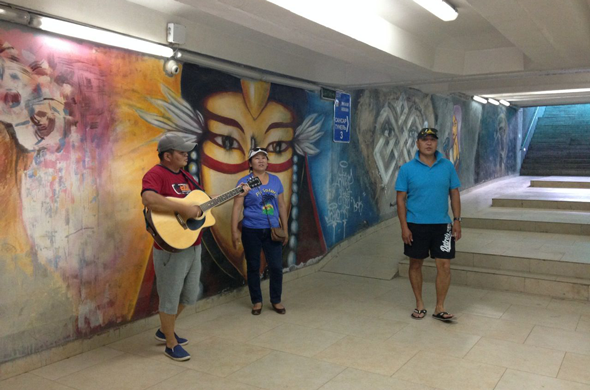 In Ulaanbaatar we are doing different outreaches on the streets, amongst them regularly visiting street children. One time we had a worship time in a pedestrian subway, the walls painted with depressing, dark pictures. We prayed for a change of the atmosphere and removal of the pictures. Only a week later we walked through the very subway again ... Painters were busy repainting the walls with light colours and friendly themes!
The men of the alcohol rehab spent two weeks in a summer camp. One evening, when we prayed for them to be filled with the Holy Spirit they immediately received him. The next day a few of them were baptized in the river. They shared the gospel with the surrounding nomads. An elderly man received Jesus and was a bit sad when our people packed up and drove back to Ulaanbaatar. 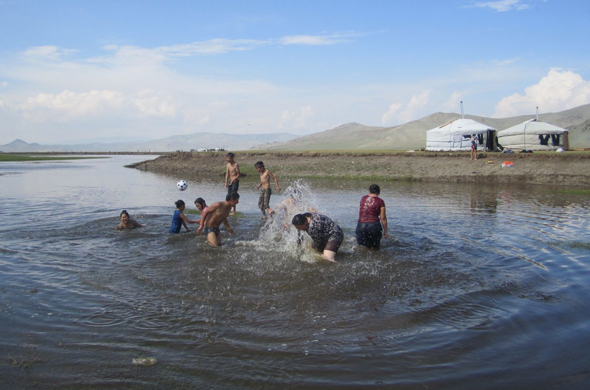 During the long summer vacation our foster children went for six weeks to countryside, lived in two gers surrounded by nomads. Through an unsteady phone connection our staff held contact with us. We only heard positive news about the children, how well they were doing. Besides times of worship, sports, fun and the daily work piling up in a ger, they helped their neighbours (who were impressed by the helpfulness of the children) to tend the sheep, milk the cows and chop wood, and they enjoyed life in the countryside!
Go To Top
To increase the comfort using our Website we are using Cookies.
read more