When the Mongolian church was born some 25 years ago, this was linked to a mighty and awesome move of the Holy Spirit. However, that was only the beginning of God' work in Mongolia! Mel Tari from Indonesia, a spiritual father and speaker at the "Revival Fire" conference in Ulaanbaatar said repeatedly: "The coming awaking will be like a hurricane, much stronger than what you have seen so far!" During the first stage it was the missionaries, then the local leaders who "did the work", now a movement of the people of God is about to take place. And "the foundation of our faith is the power of God", said Walter Heidenreich, a spiritual father to Mongolia and also speaker at the conference. Many people experienced this power, a new Pentecost, healing and deliverance during "Revival Fire". The messages from Rachel Wu from London and John Cowper from the States who joined us for the conference were a great blessing as well. 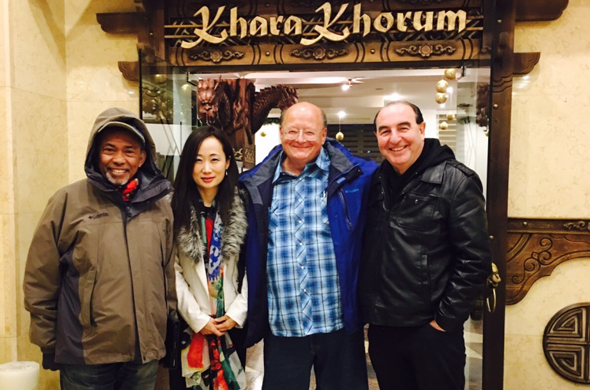 We are very moved by what God has done throughout the conference. The almost 1,000 participants from different parts of the country received a new fire of faith that will change them and the spiritual landscape of Mongolia. The spiritual hunger was enormous, and during the altar calls we were literally almost overrun. At the pastors' meeting at the beginning of the conference something arouse in people's hearts: It is possible that all of Mongolia can be saved and that hundreds of Mongolian Christians will go to the nations where Chingis Khan went before and even beyond, this time as missionaries of God's love! 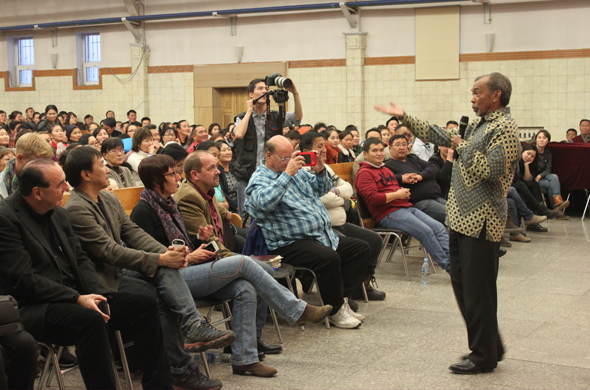 The following very personal experiences of some give a picture of how Jesus worked in many different ways during these days:

"19 years ago I had a stroke. Since I couldn't pull up one eyelid and was only able to see with one eye. I fell under the power of the Holy Spirit. When I stood up again, I realized that I could open my formerly devastated eye and was able to see again!" (elderly lady from the Henti province)

"Due to my work I had pain in my right shoulder. I was healed." (co-worker of HELP)

"I was healed from a walking handicap after the Holy Spirit worked deliverance in me." (man from the Gobi desert)

"I saw in a vision that my heart was held captive terrible snakes. I experienced deliverance and cleansing. Then I realized that my kidney pain had disappeared!" (young man) 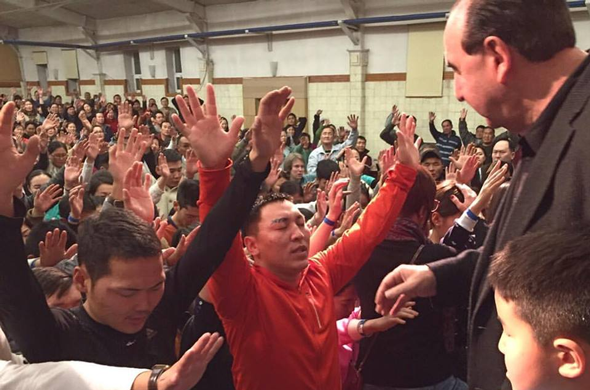 "I have been a believer for eight years but my lifestyle was far from God and I was afraid to have to become a missionary. The fire of the Holy Spirit came on me and I began to cry. I was delivered from fear, my heart was set on fire anew and I decided to live for God's kingdom alone. God showed me a nation He wants me to go to. Then I ran to the front and embraced the feet of Walter Heidenreich. When I did this I received a deep confirmation that God wants to use me in the nations." (woman)

"When I went forward and stood in front of the stage I was healed from my back pain." (young woman)

"I was full of fear and had suicidal thoughts. During the conference I was filled with the Holy Spirit and got delivered from these thoughts!" (young woman)

"I received so much of God's love and was delivered from my sleeping disorder." (woman) 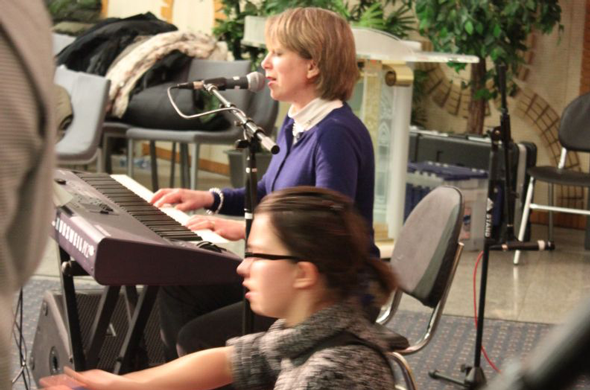 "I came from the east of the country together with my son. For quite a long time I have had lung cancer. I was touched deeply during the conference. Since then I have been able to eat again which I couldn't do before. (elderly man from the Dornod province)

"Two of the conference goers came to my working place and said they wanted to pray for me. I felt very hot inside my stomach. And then I have come here and I am so touched and full of joy by God's presence!" (young woman from Ulaanbaatar)

"During the conference I saw myself in beautiful clothes standing before God and He said: "You are my Miss!" In real life I am already a grandmother, but for God I am a "Miss". His Miss! I am so happy!" (co-worker at HELP from Ulgii)

"Since the age of 16 I have had kidney problems. During the conference I was healed and my pain is gone." (Kazakh man from Ulgii) 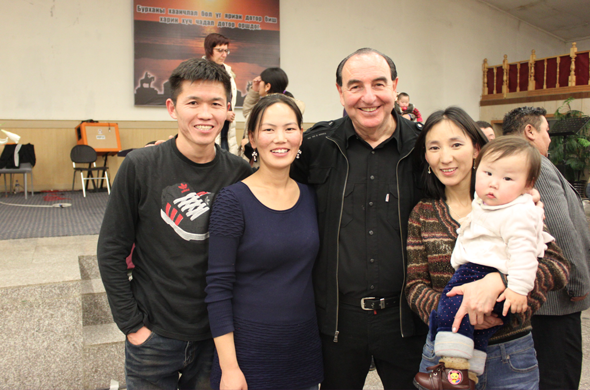 "I have known for a long time that I should go to Afghanistan as a missionary, however, I was afraid. Now I know for sure: I will go! God has challenged me and I want to be obedient." (young man)

"During an evangelistic outreach in the course of the conference I asked God where to go. He showed me a certain bus station, and he said that I would meet a man. He showed me the colour of his clothes, some distinguished features of his face and told me his age. Everything was right. The man came with us to the conference and accepted Jesus into his life. I was so excited! " (16-year-old girl from Henti)

"During the evangelistic outreach I asked God where I should go. Everything He told me got confirmed: The place, an elderly lady, saleswoman at a stall, her name, features of her face and that she had a financial problem. We could pray for the woman. I did not expect God to be so real!" (a young man from Ulaanbaatar, former pickpocket and thug) 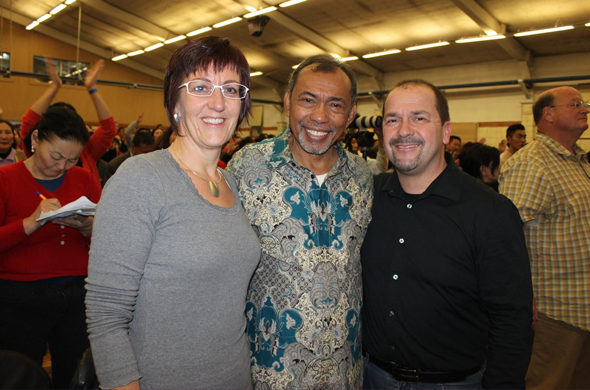 At the moment a team of our "Holy Spirit School" is on its way to the Arhanghai province to pass on what they have received. The coming weekend a worship and revival evening will take place there together with four local churches. More people shall be ablaze and filled afresh with the Holy Spirit!
Go To Top
To increase the comfort using our Website we are using Cookies.
read more