A Walk to remember

Manila, a city full with millions of people. A pace in which innumerous stories cross their ways. A city in which the rich become richer and poor become poorer. The capital city of a nation that is still seeking its identity. A city where many are focussed on own ambition and then get bitterly disappointed. A city which images disply unbalance, injustice, fake pictures and development all at the same time ... that's only first view.
However, at the same time it's also a city that God has given to us. It's an inheritance that HE has entrusted us with. There is history he wants to make with people. Darkness that HE wants to illuminate. People, HE wants to send.

The Philippines carry a strong calling to send people to missions and to take other nations for Jesus. As HELP community it's our hearts' desire to release all of this in an even greater dimension - in our own mission so that we enlarge the ropes of our tent and do not only take Manila for Jesus but also the surrounding islands. However, we also want to invest in a greater dimension into the Filipinos so they enter into their divine destiny and just go. We sensed that God challenged us to ACTIVELY get moving and literally as well as symbolically go. We took the challenge - together with the vast majority of our community - teens, rehab guests and staff alike and walked the city. By foot. 20 km in 6 hours. 29°C (in the shade). A thousand impressions. 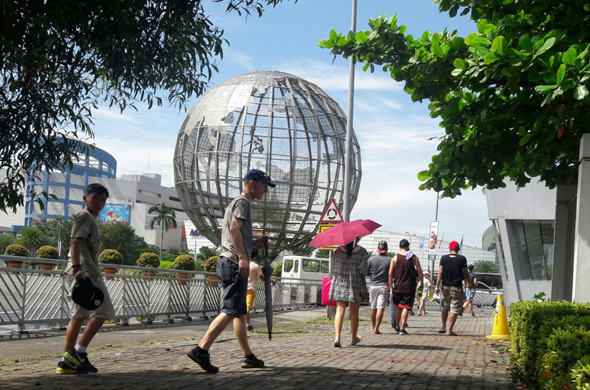 This was only the beginning ...

We walked alongside the main streets, prayed at intersections, lifted up the name of Jesus wherever we went and declared God's truth over Manila. We prayed for the various groups of society of our nation. We prayed for the government and businessmen as much as for the upcoming young generation. A symbolic victory walk declaring what Jesus has accomplished at the cross two thousand years ago ... also for Manila. We literally went to the utmost parts of the city where the beaches are and the width spreads. In Germany, it's a fun thing to go walking. However, in Manily you only walk in emergency - no Filipino would ever consider to voluntary walk 20 km through the heat of the day, in rain and smog. But we did and raised a standard in the prophetic: Just as we marched throughout the city to the shores - despite all obstacles - the Filipinos shall be released to arise and shine ... to the ends of the city, over to the islands and even unto the ends of the earth. Even though this was only the beginning, it marked a milestone - definitely a walk to remember! 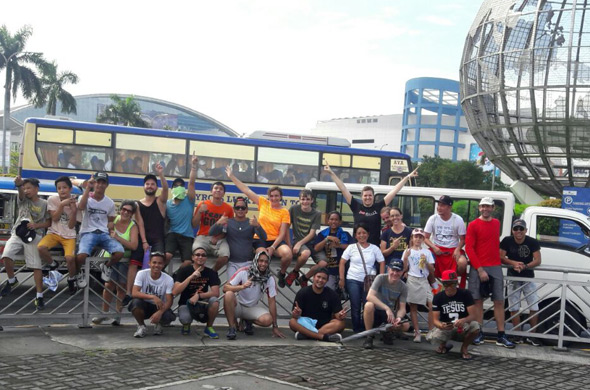