The kingdom of God is advancing

The kingdom of God is an organism that spreads locally, nationally and internationally. You cannot press a button and install it, nor can you limit it to certain rules or boundaries, and most of all you cannot stop it, for God in his love is unstoppable ...

After his suffering, he presented himself to them and gave many convincing proofs that he was alive. He appeared to them over a period of forty days and spoke about the kingdom of God. (Acts 1:3)
Jesus preached the kingdom of God wherever he went. It was the center of his messages. He helped his listeners to align their eyes and hearts with God’s thoughts and His plans, and He taught them to constantly focus on the much bigger and more global perspective and make this their guideline. After his resurrection, He spent time with His disciples and dug even deeper and more earnest into the things of God’s kingdom, and gave them hope and a broader perspective. With the outpouring of the Holy Spirit, they started to preach the Gospel of the kingdom of God, and the Holy Spirit confirmed their message by signs and miracles – just as they learnt it from their Master. 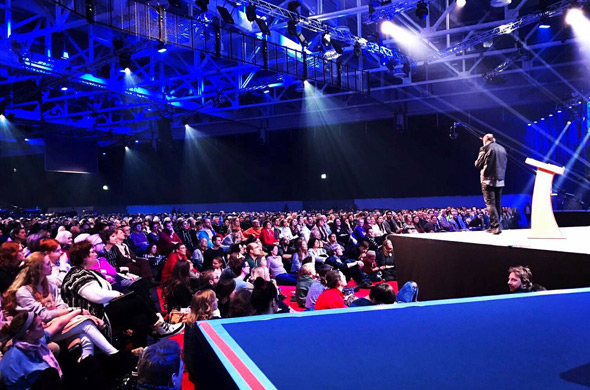 The difference between a Gospel message focussing on men and the Gospel of the kingdom of God is this: Preaching and proclaiming the kingdom of God means exalting the Father in heaven and Jesus’ sovereignty. It is all about HIM, who he was, and is and forever will be. It’s about capturing by faith and believing that the impossible is possible and fully trusting our God, with whom nothing is impossible. He sets the standard. A Gospel made by men to please men is a poor attempt to try to explain the matters of this world. It’s questionable if that helps at all. However, we are praying: “... for yours is the kingdom, and the power, and the glory forever. Amen!” Let’s take exactly that message to the nations. 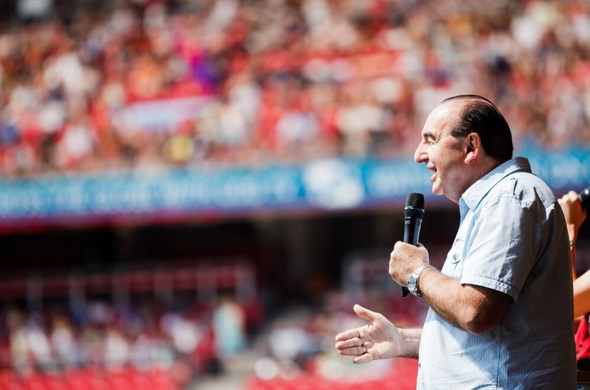 In January, Walter went to India, Nepal and Bhutan. In Siliguri (West Bengal) some hundred youth gathered to attend the Breakthrough conference. The economic situation in India is devastating. As a consequence, suicide has increased drastically. The first night of the conference, 15 young people confessed that they actually wanted to commit suicide. They received new courage and hope for life by the Holy Spirit’s ministry. The following days, so many got healed.

In Bhutan, almost every Christian has seen or experienced healing miracles. All of them – no matter if young or old – hardly harbor any spark of hope for the future, but the Gospel of the kingdom of God is power, forgiveness and deliverance. It can and wants to ignite this small spark of hope again and make it a burning fire that will carry us through even the darkes hours in life by its warmth, light and comfort. Thank you to the international team that went with Walter on this trip. You were awesome and a precious army of prayer warriors. 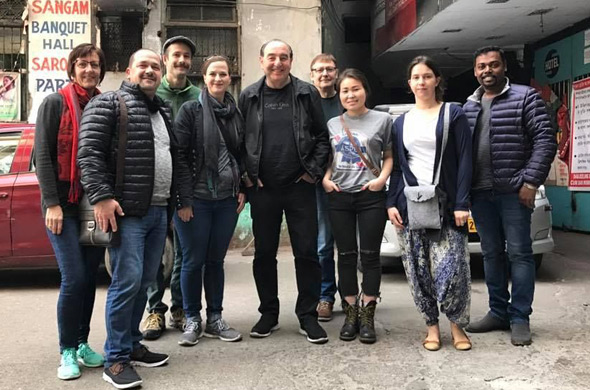 And certainly thank you to all of you, who helped us to run this conference. We were able to pay travels, accommodation and food for the participants, and have already received another invitation for January 2018. It would be great if you continue to stand with us. This time, we would need approx. 25,000 EUR - an investment into India’s youth and an encouragement to the body of Christ. The pastors are excited of the fire of God burning in these young people. They go back to their churches and pass it on to others.

This year we are travelling extensively in Germany. Celebrating the 500th anniversary of the Reformation is a wonderful reason to encourage and support the body of Christ in its diversity. In Lüdenscheid, we are celebrating RE-FORMATION FIRE on the occasion of this anniversary, including the 25th anniversary of HELP International. A highlight will be the Come to the Light Worship Service right after the conference on Saturday, June 17, 2017.

Thank you for your prayers, all support and your precious friendship.

For His kingdom,
Walter & Irene Heidenreich
Go To Top
To increase the comfort using our Website we are using Cookies.
read more