Gambled it all away - then gained a new life

It all started on a depressed, frustrated day, the kind I knew all too well.
My name is Dustin. I was 27 years old at the time, addicted to cocaine and amphetamines, addicted to gambling, addicted to alcohol, violent and hopelessly trapped in this vicious cycle. Up to that point, I had already been in prison for a long time several times, I was currently still on probation and several preliminary proceedings were running against me.
On the day that changed my life, I had gambled away all my money in the online casino and didn't have a cent left for dope. On top of that, there was the fear of being imprisoned again, paranoia, withdrawal and the shameful view of my wasted years of life. My cell phone rang, a Whatsapp from my mother. As is often the case, it was a link to a video that was supposed to get me out of my predicament or help me in some way. Never had I watched one of these videos, but that day, in desperation, I dared to. It was a video from the YouTube channel "ERF Man God." As I had watched several videos on that channel of people telling how they met Jesus, I thought to myself, "It can't get any worse, I'll give God a chance, if He even exists." Then I lit a candle, knelt down, folded my hands, closed my eyes (that's how I thought it was done) and said a simple prayer, though I can't remember it. But God can remember it. Psalm 91:15 says "..if he calls upon me, I will hear him; I am with him in trouble; I will deliver him and bring him to honor." When I opened my eyes after said prayer, I did not have an appearance of Jesus as described in many videos. I was still miserable, the circumstances were still the same. So I immediately dismissed this idea with God and instead thought about how to get money. What I didn't know at the time was that I had invited the Creator of the Universe, the King of Kings into my heart and He began to move His mighty arm in my life....

A few days later my cell phone rang and a man answered. He knew someone who knew someone who knew me and out of the blue offered me to work as a leader in his business. Completely astonished I refused, because I had other plans for my life. Weeks later I was once again at a low point, in debt, money gambled away and coked up. Again my phone rang, it was the same man with the job offer. This time I agreed, as I was in desperate need of money. I was overwhelmed with the responsibility I had been given, still dependent and trying to hide this as best I could. "What am I actually doing here? What is all this about?" I asked myself. It was God's providence. I befriended a colleague at work who quickly realized I needed help. He is a Christian, and at some point he had me ready to come along to the church he attended. He introduced me to the pastor, who immediately recognized the evil. After several meetings and prayers he had said for me, he told me that I absolutely had to go to therapy and preferably at "Haus Wiedenhof". I put it all off and always clung to the worldly things I still had and somehow I still believed in self-redemption.


A short time later I lost everything, my girlfriend, my job, my money and finally my apartment. From then on I went to my mother's apartment to sober up and "get along". In between, I was out on the street or with colleagues from the milieu. Always high, always on it, drug excesses that sometimes lasted up to 10 days. When I almost lost my mind during one of these excesses, I agreed to go to therapy. When I arrived at Wiedenhof it was clear to me that I had tried just about everything to become free and that this was my last chance. In the first weeks I gave each morning and each evening when I lay in bed my life to Jesus, "Jesus I have driven my life against the wall, I have messed it up, I have nothing more, I have no idea how to go on, I have no idea what to do, I don't know what I am supposed to do here. You do what you want with my life, I'm okay with everything, I say yes to everything." 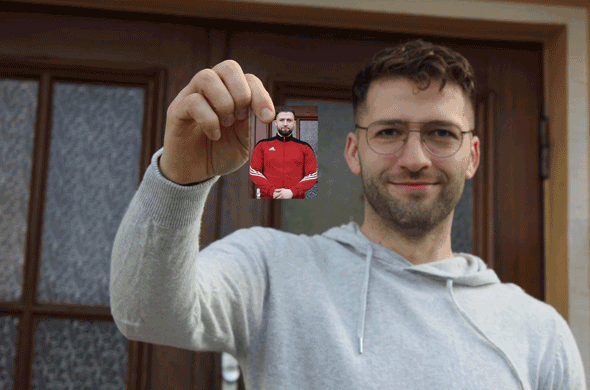 Jesus is the standard and the truth, every Christian knows that. I didn't know it at the time, but Jesus gave me grace and I was able to trust God and the people He placed me with. I threw myself blindly into the arms of the staff, dropped, lost everything so that Jesus could save my life.
I came to Wiedenhof with a mountain of guilt. I was constantly plagued by this guilt, which I used to be able to escape only through alcohol and drugs. Within the framework of a "life confession" I was able to confess all my offenses to God and trusted persons. "If we confess our sins, He is faithful and just" - I was forgiven, my past could not accuse me since then. I got a new life, new thoughts, new direction and new values. Jesus freed me from dependence, from dark chains that had bound me. He healed my soul and my heart, which had deep wounds from disappointment, fatherlessness, bitterness, violence and jealousy. I was also allowed to experience physical healing and found a new home in the security of our Almighty Father.

A simple prayer changed my life. Maybe you are in need right now, don't know what to do, are looking for love or the meaning of life?
Then say this prayer:
"Lord Jesus, I want to know you. Please come into my life and lead me to a place where you can meet me. Amen"